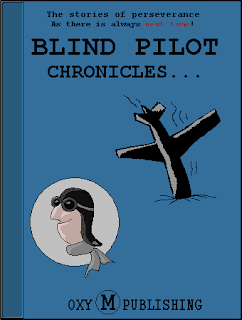 Comic Book of the year (2006). Oxy (M) Publishing House has always been known for their amazing rigid flexibility in picking up all the mediocre masterpieces out there. This cloudy little gem is no exception. 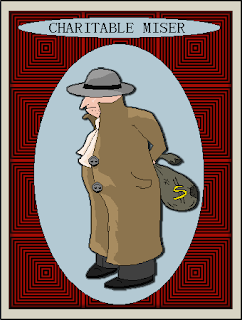 This contemporary adaptation of the famous and completely unheard of fable "Merciless Kindness" earned top marks during the World Book Festival in Rome in 2010. 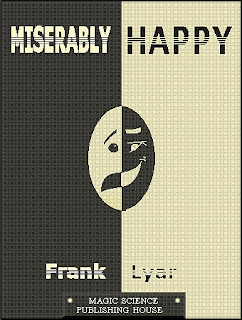 Frank Lyar is probably the most prolific writer of the 21st century. His respectful disdain for conventional story telling and attentive disregard to details is known and loved all around the world. For several years some of the major companies fought for the publishing rights to his works. After countless frivolous lawsuits "Magic Science Publishing House" appears to have gained the upper hand in the process. 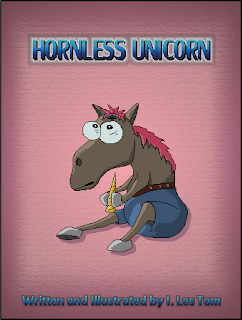 Most of the titles published by "Loony Sane Co." are geared towards younger audiences, primarily prepubescent adults. "Hornless Unicorn" is one of the many fairy tales written and illustrated by I. Les Tom. 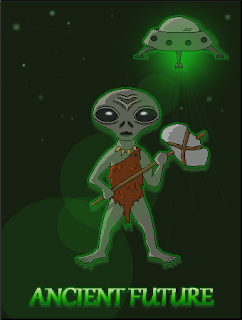 Many avid readers are familiar with Sally Veytt's documentary called "Dieting through Healthy Starvation" an interview with one of the few lucky survivors. Her recent works such as: "The Cursed Blessing of the Living Dead" and "Ancient Future" are only now gaining popularity. In March this year she signed a new contract with 'Anno Rexik O. B. City' Company. 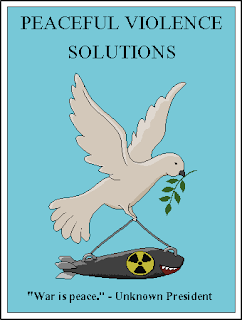 The moment two brilliant authors team up to work on a book it is to be expected to produce a lot of commotion in the literary circles. It is our pleasure to present to you the "Peaceful Violence Solutions" by P.T. Phooll X.Q. Zis - critically acclaimed authors of another bestseller "22 Valid Reasons to Invade Iraq". 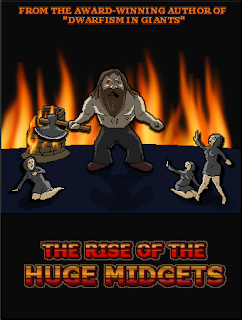 When tiny becomes enormous, and colossal becomes minuscule I. M. Bonkers is the one to tell us about it. His new series called "Ungodly Saint" is a big hit that comes with our unqualified recommendation. Whether it is lively lethargy or invigorating depression consuming the world, Bonkers' superhero will always save the day. 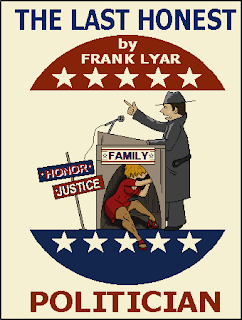 Another one of Frank Lyar's works. After the tremendous success of the movies "Regally Uncouth"  and  "Despicable Virtues", where Lyar was a screenplay writer, he proceeded to share his thoughts about the American politics with his usual reluctant fervor. "The Last Honest Politician" is as honest as it is brutal in its murky clarity of the events described in a forthcoming and diligently avoiding style. A must read, indeed! 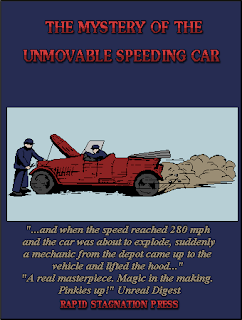 "Unreal Digest" is known for its trusting skepticism towards big corporate publishers. But in the case of "Rapid Stagnation Press" they made an exception and it seems to be working. "The Mystery Of The Unmovable Speeding Car" is the result of that invincibly fragile partnership. "Magic in the making! Pinkies up!" 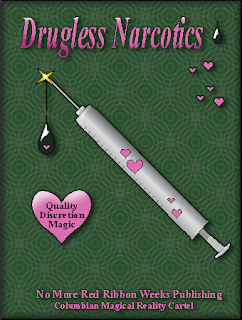 When the demand is high "Colombian Magical Reality Cartel" is here to oblige. When quality and discretion are of paramount insignificance "No More Red Ribbon Weeks" publishing will quench the thirst. "Drugless Narcotics" is exactly what these two literary Titans are capable of delivering when they combine their forces. "No more drama, no more side effects, no more raids by the feds", Feel-Good Pharmaceuticals' vice president Narco Placebo told NY Times last week: "Safe for you, safe for your Grandma, you can even give it to your dog or hamster. It's a win-win situation." 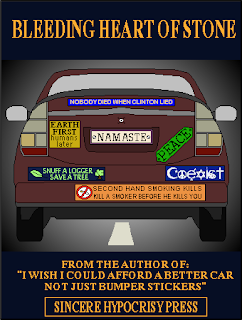 Have you ever wondered why BMW and Cadillac owners don't cover their vehicles with a blanket of stickers that tell us more about the owner then they themselves could ever express? No? Have you wondered why those usually are Corollas, Geo Metros, and alike? Hmm... Perhaps, you will enjoy this cute adventure into human psyche from Sincere Hypocrisy Press. Don't forget to check out the "Hardened Heart of Love" and "I Pray for the Freedom to Hate." 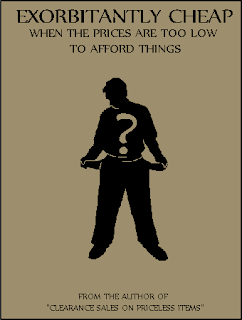 This is a March issue of the famously unknown monthly periodical  "Exorbitantly Cheap"  promoting easily available yet unobtainable items. Magazine's Chief Editor N.V. Ritch discusses various tricks the corporate America uses to cheat consumers out of their hardly earned cash. N.V. Ritch is also known for his bestseller "They Have Too Much" that he wrote in collaboration with Ken U. Steel and Rob N. Keel. 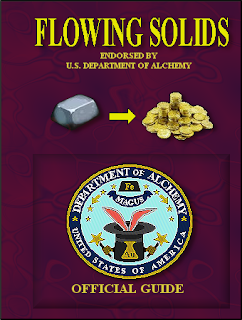 Last week the U.S. Department of Alchemy (USDOFA) released their annual guide. In a precise and convoluted manner this thin brochure not only will advise you on the newest developments in the alchemical field but will also test your scientific knowledge (see mini-questionnaire in the back). USDOFA Director Yarr Wright is a celebrated author of the fastest selling book in history "How To Become A Millionaire In Two Minutes". 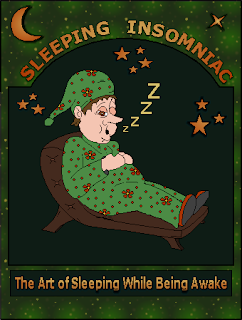 After 25 years of blessing us with such pricelessly shallow titles as:  "Listening Tips for the Deaf", "Visibly Unseen", and "Oblivious Awareness" Rita Daition rewards our patience again with her latest self-help book "Sleeping Insomniac". Through a series of deniable confirmations she skillfully draws us in with unrivaled hectic serenity. The Editor of "Psychology Yesterday" referred to her writing as "...being in a newly painted room with all the windows shut, so refreshingly suffocating. Bravo!" 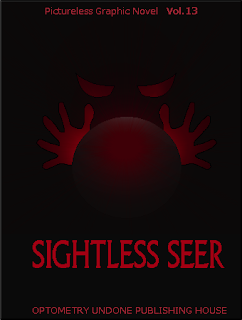 "Optometry Undone" Publishing House has done it again. Children and adults alike simply love seeking clues and hidden content between two hardcovers of their cleverly designed titles. "Sightless Seer" is the latest edition in the series of their picture-less, page-less graphic novels. 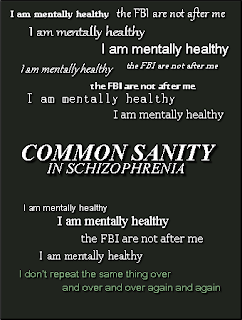 Dr. Sam I. Seynn is widely regarded as a leading expert on various unimportant issues. His sharp vagueness and substandard expertise are in the spotlight again with his new book "Common Sanity in Schizophrenia". His other works of interest are: "Clever Imbeciles", "Rational Dementia" and "Senility in Babies". 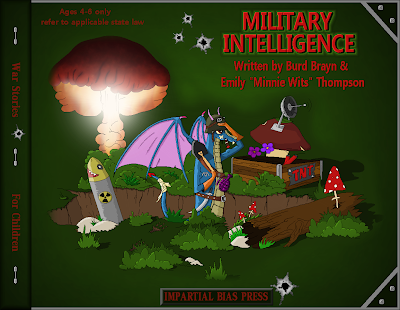 It is not often when the U.S. Department of Offense unofficially endorses any printed title and it is completely irrelevant when it nominates a literary work for a Nobel War Prize. "Military Intelligence" by Burd Brayn and Emily "Minnie Wits" Thompson is the 6th installment of the award-winning 'War Series For Children'. Published by Impartial Bias Press. Excellent and easy to follow even for adults! 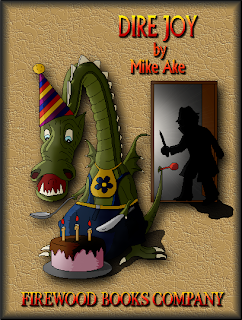 After dedicating most of his life to contributing opinion articles for culinary magazines "Ravenous Self-denial" and "Ice Cream Diet" Mike Ake finally chose to retire from public spotlight to his ascetic multi-million dollar villa in Santo Diablo. There surrounded by his grandchildren he began to write again, this time - children stories. "Dire Joy" is one of those delightful and heart-warming tales of controlled overeating and safely handling mortal danger. 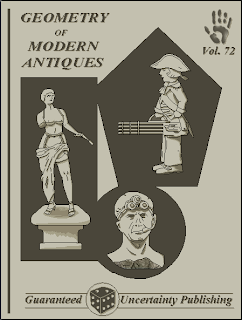 "Guaranteed Uncertainty Publishing" and  art galleries affiliated with them are famous for their genuinely questionable art of the most dubious authenticity. The meticulous hastiness of their experts is simply unsurpassed and every self-respecting art collector highly regards their profoundly trivial approach to everything they do. In an interview with us, chief editor Penny Reeper, proudly stated: "Just like any real historian or archaeologist we strive to determine, for instance, if the mini-gun belonged to a regular red coat soldier or George Washington himself, or if Caesar's night vision set was recovered along with the bust or was it buried elsewhere, or if Venus was a highly paid courtesan assassin or merely an amateur hit woman. As you can imagine these questions are of enormous irrelevance and need to be answered first and foremost." 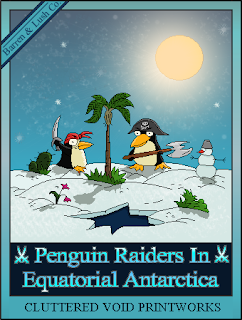 Many were skeptical when Barren & Lush merged with Cluttered Void Printworks even despite their recent disastrously successful adaptation of "Mother Goose Nursery Rhymes" called "Father Ostrich' Never Dies". And then suddenly in February this year "Penguin Raiders in Equatorial Antarctica" hit the shelves. Written by a last year National IQ Contest winner - Hardt Lee Smart this instant classic is about two lovely little penguin pirates who go on a killing spree among the palm trees and cactuses of in search of a magical banana that will help them conquer the whole planet. Follow our heroes and sing along while the duo with rage-filled tranquility pillage and burn down the entire continent. Children's Book of the Year, no doubt! 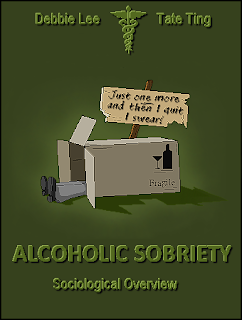 "Alcoholic Sobriety" takes a new and unusual look at the issue of substance abuse and discovers the thrilling truth behind the phenomenon. As Otto De'Nile, an obscurely renowned author of "Fixing Irreparable Relationships" said in his foreword: "... thanks to Debbie Lee Tate Ting I've been able to quit drinking several times in the recent months... A definitely novel approach that can give you as many fresh starts as you need." 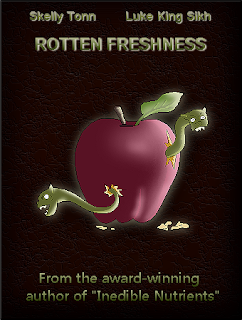 Skelly Tonn and Luke King Sikh are all about dieting and being health-conscious. Their new title "Rotten Freshness" undeniably contributes to their prominent insignificance and once again confirms the uncertain truth of vegetarian approach. "We were astonished by the fact that most people throw expired produce away. Not only is it wasteful it's unhealthy." - Skelly tweeted on Monday. "... Please, wait a couple of weeks. Let the fauna come to you, be it a little worm or larva. They are just as good as beef or poultry. It's been proven true time and time again." So, if you are repulsed by the thought of eating juicy burgers and crispy chicken breasts or suffer from a severe mental or  physical condition that puts you on the path of vegetarianism, "Rotten Freshness" is something you do not want to miss.


Other notable titles from different genres:


Solomon Bullstein
"Revelations of a Gentile"


R.U. Stiff
"The dire consequences of a sedentary lifestyle"


Holly Sheppard
"Atheism in the " (an ACLU article)


Gus Z. Butts
“The role of peas and beans in a Latin American diet.”


F.B. Ivan
"The ride he will never forget"(a post 9/11 novel dedicated to patriotism)

E.Z. Carrs
“How to become an automobile owner overnight”


O.G. Zis
“Inquisition in Medieval .”(A historical guide to righteousness and forgiveness)


Gene A. Side
“Tremendous success of ’s peace policies in the .” (Article from an unbiased source)


Ken U. Steele
“100 new techniques to finance your future.”


Arthur I. Tiss
“Knee involvement and common afflictions in rheumatism.”(Dissertation)


Paul Tree
“Chicken dishes. Taster’s choice.” Other titles by this author:  “It’s not a cat!”,  “Soya Sosa”,  and “I want 2 fork on the table” (banned in the in 2008 by the Department of Political Correctness)


C.U. Leytor
“Confessions of a bank robber.” (Note: The author is still at large)


A. Reean Wey
"Efficient soap production in mid 20th century" (also see "Bright furnaces" by this author, after 1945 the reprints are available only in select bookstores in Bolivia and )


Hal Gates
“The place of no return” (Science fiction novel)


Ellis Dee
“World in color” (Alternative lifestyles self-help handbook, other titles by this author include "Say NO to boredom" and "Mushroom hunting made fun")